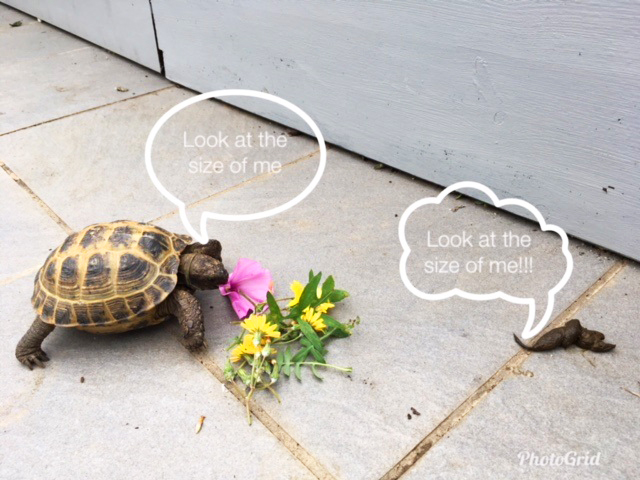 It still shocks mummy and anyone who comes to visit, just how much ‘caca’ can come from such a small creature. It is:

Txomin and Arthur don’t appear that bothered by them whatsoever. In fact, just for fun, they sometimes walk through them so mummy has to clean the underneath of their shells with a toothbrush!

So, good cacas = relatively compact, dry and well-formed, almost sausage like, sometimes have food particles in, generally brown in colour.

Cacas to watch out for = very loose or watery – take sample to vets to check for parasites and for treatment.

Urine – again, for such small creatures, they sure can wee a lot! It’s almost like the flood gates open and whoosh…. Normal urine should be clear, with what looks like white chalky bits in it, which are urates and mean they’re doing well and hydrated. If these white bits are hard and gritty, again, a trip to the vet would be recommendable.