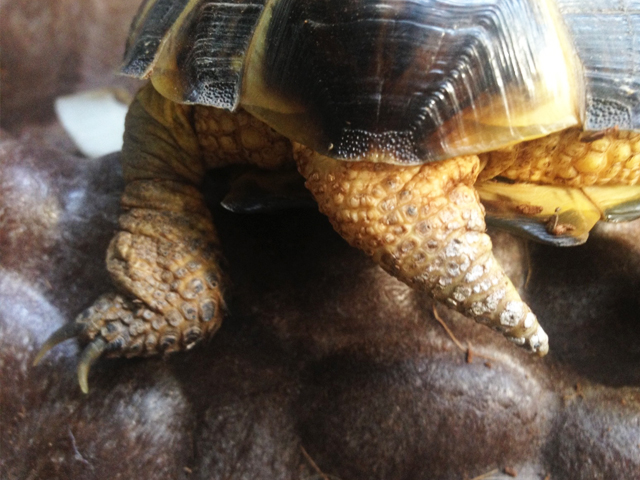 Now, mummy initially thought that the tortoise’s tails were quite fascinating; a mixture of rough and smooth and seemingly flexible, that is until she actually realised that this is where cacas and urine come from!

She wasn’t sure what they were doing the first time she saw them extend their legs so their shell went up in the air and a rather disgusting slug like opening appeared from beneath the tail and yet more disgusting stuff came out of it – completely gross!

You really could have thrown mummy for six as she had previously touched said tails, marvelling at how they helped them keep their balance when climbing etc.

Now, she would definitely no longer touch anywhere near it. It did however, mean that there was advance warning when cacas and lakes of urine were imminent, when Txomin and Arthur took ‘the stance’.