Money plant a no go! 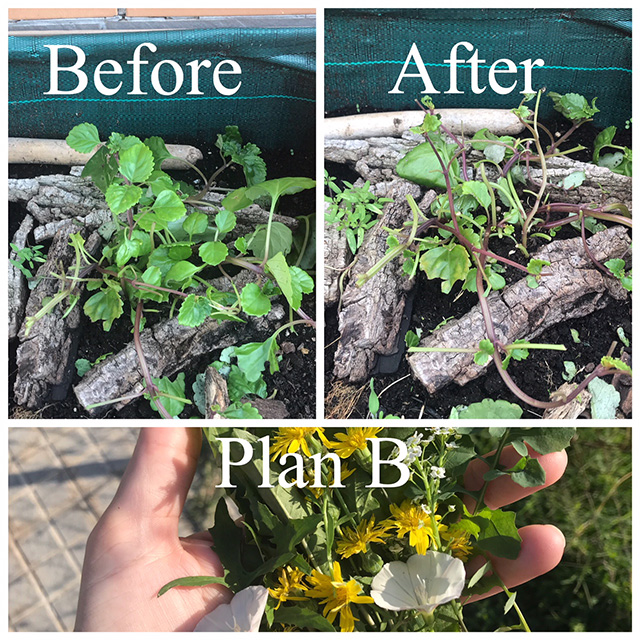 So, as mummy mentioned, she planned on adding some bits to Txomin and Arthur’s house to spruce it up a bit. She started by removing the sun shade, which seems to have spurred on the grass which has started sprouting up – hooray. She then added a couple of plants including aromatic lavender, a small conifer and a money plant. So far, the boys have completely ignored both the conifer and the lavender. The money plant on the other hand is a completely different story. Even putting bits of bark around it, has not deterred the boys from having what appears to be a pork-out on the leaves. If as the saying goes, the money plants owners finances can be judged by the amount of leaves on the plant, then mummy should definitely stay away from the bingo hall as things are not looking good!

So, not to self, this is not a good plant for the tortoise house, it’s obviously too tasty. After some searching on Amazon, where it does seem you can pretty much find anything you’re looking for, mummy has found some tortoise food flower mix seeds. Crazy that you can essentially buy a packet of seeds to grow weeds that you would normally be pulling out of your planters! They must be quite exotic and coming from far away as they are not due for delivery until 10-24th October! In the meantime, they can munch on the rest of the money plant – as well as the petunia flowers – the neighbours must think mummy is mad be-heading her flowers as soon as they come into bloom. Having said that, there are some neighbours that can see onto the terrace, but not the tortoise house, so probably already think she’s mad, gesticulating and talking to herself!