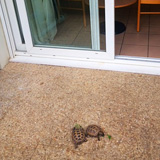 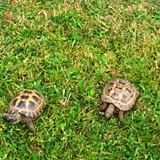 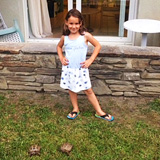 Loving husband is very sporty – quite the opposite of mummy. Whereas he’s done the Titan Desert, Vitoria Iron Man, Mallorca 312 and a very large number of challenging sporting activities including running, cycling and swimming, mummy has done one 5km race in her entire sporting career – and badly. Loving husband still doesn’t understand why mummy who took up running (on flat) 3 weeks before taking part in the (not flat) race, expected to finish well. Mummy agrees it was unlikely she would win, but at least a finish in the top 10 would have been nice, as opposed to in the last 5. Loving husband pointed out that the other participants were actually ‘runners’ and had probably been running slightly longer than 3 weeks...

Anyway, mummy digresses. Loving husband was participating in the Luchon-Bayonne cycle, which is one of the Tour de France stages, so mummy and lovely daughter would accompany him in the car to the start and then carry on to his hometown Bergara, in the Basque Country in the car, he would do the stage and then get a lift the last bit to Bergara with a friend.

This was Txomin and Arthur’s first time leaving Spain and mummy was very excited. They were staying in an apartment with a tiny, 1 foot walled-terrace which was obviously not safe enough to leave them out overnight, but at least they got to stretch their legs after the journey. They did some exploring in the communal grounds, much to the amusement of other guests who were quite surprised to see two tortoises munching on the grass lawn. It began to rain and mummy let them have a shower before hurrying them inside when the heavens opened and the storm started-up.

It was their first and last time to date in France, but hey, some people have never left their country of birth, so they’re not doing too badly!